Home > Tips For Betting On The German Bundesliga

The German Bundesliga is one of the major European soccer leagues and includes some of the best players in the world.

Bayern Munich and Borussia Dortmund are usually fighting it out for the title in Germany, as they are this season, which is proving to be an exciting campaign.

Here is a look at some tips if you’re interested in taking the action outside of US-focused sports and want to check out the Bundesliga.

Bayern Munich striker Robert Lewandowski is in the best form of his career at the moment. There is a strong argument to be made for the Poland international being the best striker in the world right now.

Given their dominance in Germany, Bayern are often long odds-on to win their matches. Backing Lewandowski for the opening goal is an alternative way of having an interest in one of their games. His odds will always be bigger than Bayern’s pre-match odds. 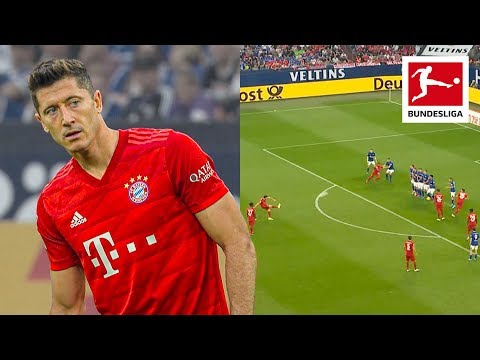 Lewandowski has now scored 40 or more goals in all competitions in each of the last five seasons. If you are happy placing bets on the long-term markets, Lewandowski should be your selection in the top goalscorer market ahead of each season.

Bayer Leverkusen are known for being a big force in Europe in the 00s but it may not be long before they are being compared to the best teams on the continent once again.

Peter Bosz’s side includes a number of young talented players such as Kai Havertz who are developing into world-class superstars. As long as Leverkusen keep hold of their assets, they are going to prove a driving force for the title in Germany.

Bayern and Dortmund generally top the betting for the championship but if you are able to snap up one of the Bundesliga betting offers ahead of a new season, it may be worth taking a chance on Leverkusen at much bigger odds.

The North Rhine-Westphalia-based club are on course for a top-four spot in the table in the 2019/20 campaign. If they make it into the Champions League next season, they would also represent a great small each-way bet.

Lots of Ways To Bet Without Bayern In The Equation

If you are not prepared to take on Bayern Munich at the start of the season in the outright market for the Bundesliga title, there are many other ways you can bet without the giants involved.

The most popular market which does not include the German champions in the betting is the ‘without Bayern’. As the name suggests, if you back a team to win the league and they finish second to Bayern, you are a winner.

There is also a long list of other markets that bookmakers offer, such as top 4, top 6, and bottom 2. If you want to narrow it down even further, you can place a match bet on one team finishing above another. These are normally paired together quite well to ensure each team has an equal chance of success.

Enjoy the action in the Bundesliga, which will certainly prove to be a fast-paced showcase of European soccer at its finest.